I know I am a bit late to join this debate, but:

So here it is: 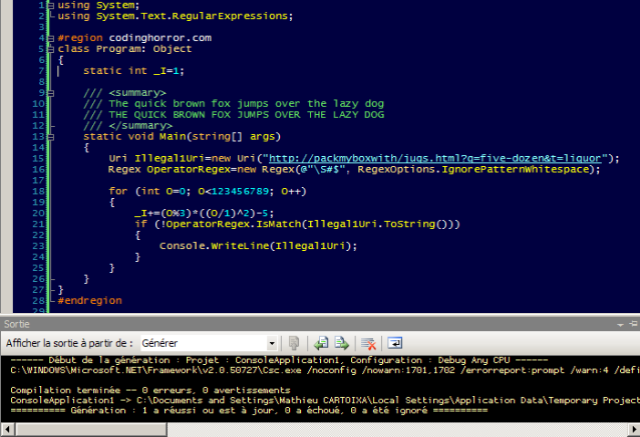 Having been raised with a DOS Turbo Pascal environment, I got used to the theme. When I switched to Microsoft tools, I tried to create something close, but with a darker background, which I find more resting. You can download the settings here. I have also posted it on Ning (where you might want to rate it).